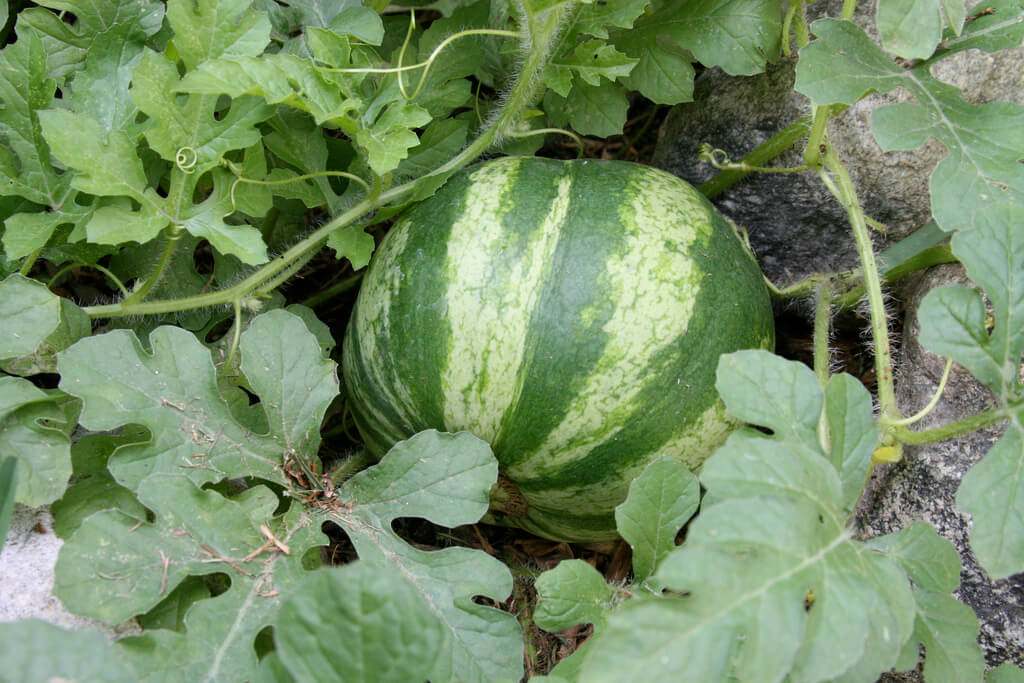 Ever grow watermelons or cucumbers? If so, you will know what I'm talking about. You go out and look at the vines and there's no fruit. You look the next day and suddenly there's a full size watermelon or a foot long cucumber just sitting there. Where did it come from? Yesterday there was no baby cucumber or wee watermelon, you're sure of it. How did that happen?

This is how creative ideas - the good ones, with external confirmation of such - happen for me. I hoe and plant and feed and water and I've got the foundation of something but it just hasn't come to fruition. Then I look one day and there's the good idea, just sitting there, no fanfare.

For example, three albums ago I was looking for the common thread between the songs, trying to figure out the metaphor for the whole record, which revolved around my husband, my work with Mark Hallman, and a bunch of guys who have encouraged me over the years. And all of a sudden, my brain quietly said "Men."

Men? Can I name an album Men?  Surely someone famous has used that title. You can't copyright album names, FYI, but I wanted to know who else might have chosen it. So I went to iTunes and Spotify and looked it up. Amazingly, there was not one record called Men. "Alrighty, I'll take it," I thought!

When I wrote a song called "Yosemite," I was trying to come up with a metaphor for a person with a rough childhood who grows up with strength and resilience. The first thing that came to mind was Red Badge of Courage, but it wasn't quite right. I didn't want a war metaphor. Then my hubby and I were talking about the Yosemite Valley one day and I thought: "glacier." A glacier is a massive, relentless force that, over time, scours out a stream valley and transforms it into something astonishingly unique and beautiful. Yosemite it was.

My new album is all about the fraught but vital topic of the day: structural racism and the systems that uphold and promote it, because an inequitable society is bad for everyone in it. I already figured out the name of the record -- A White Album -- but I needed a picture for the album cover.

There are multiple references across the album to water, in one case as something a fish breathes and swims in and doesn't even realize is there.

So I started looking for a metaphor. I've always been charmed by axolotls, which are very cute salamanders that live in high altitude Mexican lakes. They weren't quite right, though, because salamanders don't permanently leave their swampy environs. They go back and forth, and they lay eggs in the water. Under some conditions they never go on land. Not the right metaphor.

Then I started thinking about evolution, and the idea that at some point, some creature made the shift and changed enough to leave the environment from whence it came. Born in water, raised in water, but with features that allowed it to begin to function on land and embrace opportunities it couldn't have fathomed.

All of a sudden I stumbled on this guy: 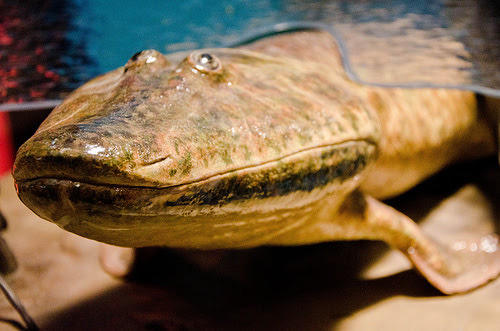 The tiktaalik! Discovered as a fossil in Canada in 2003, living 350 million years ago, the tiktaalik is thought to be the transitional critter that is the common ancestor of all land animals. Born in water, the tiktaalik had swimming fins that could also do little pushups and, unlike fish, it was able to lift its head vertically. It had eyes on top of its head instead of on either side. It was awkward and kind of lumpy and nowhere near as elegant or agile as the gazelles and rattlesnakes and tigers that would come later, but it was making a shift that would make a difference in its quality of life and the opportunities of many that would come later.

So I reached out to cartoonist Lucy Bellwood, who is currently working on a whole series of anthropomorphic animals...

to see if I could talk her into drawing my tiktaalik. And she said yes! So we began developing the idea. I wanted it to be "hopeful, a little nervous, and determined." 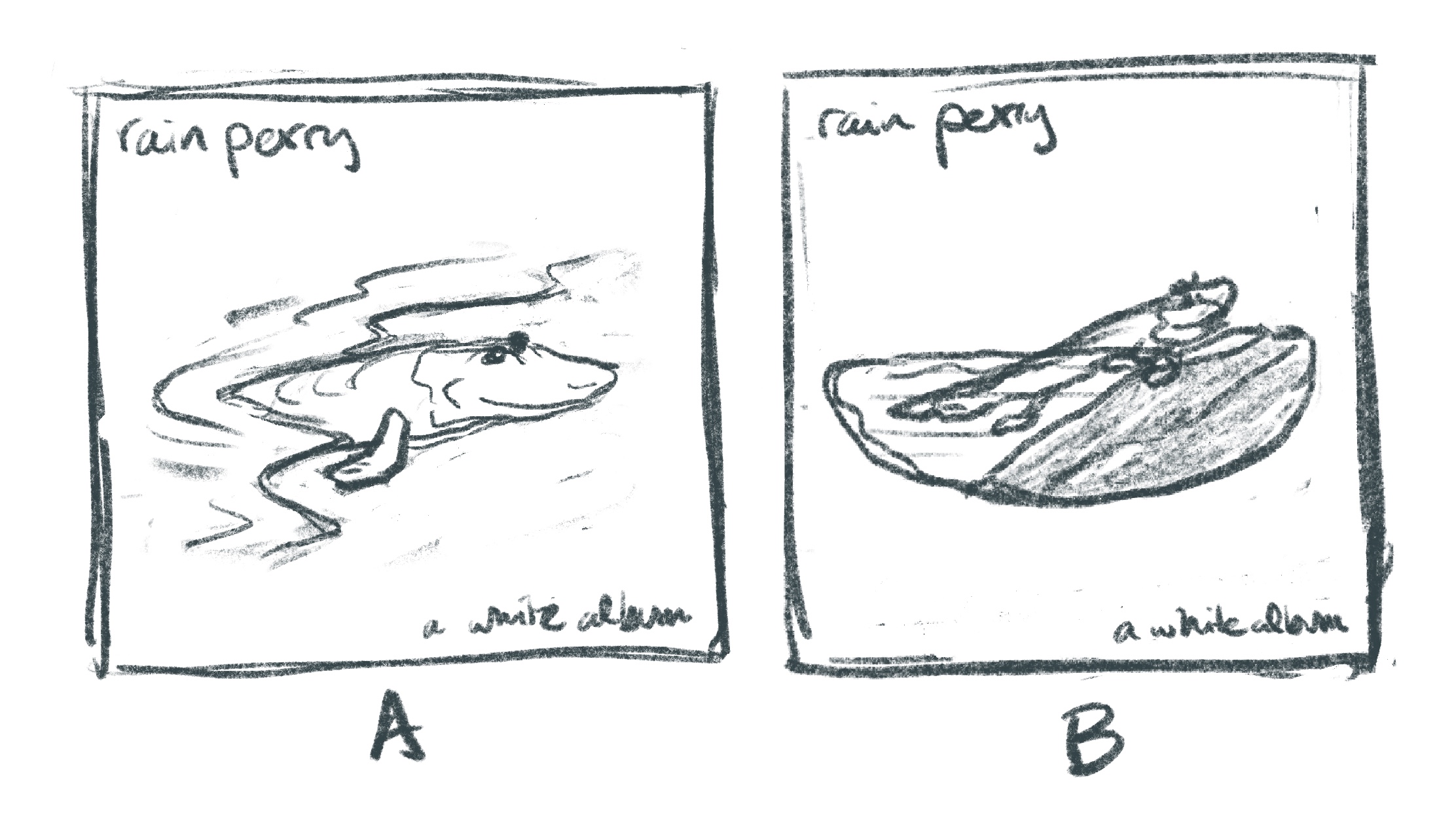 Lucy sent some sketches: "Very rough, but do either of these feel more right? A is sketchier and more minimal, allows for close up on expression, B shows the full body of the critter plus a clear sea/land split, but might be too “fishbowl” pet-like?"

In a few days, because Lucy is ah-mazing, we had our album cover. 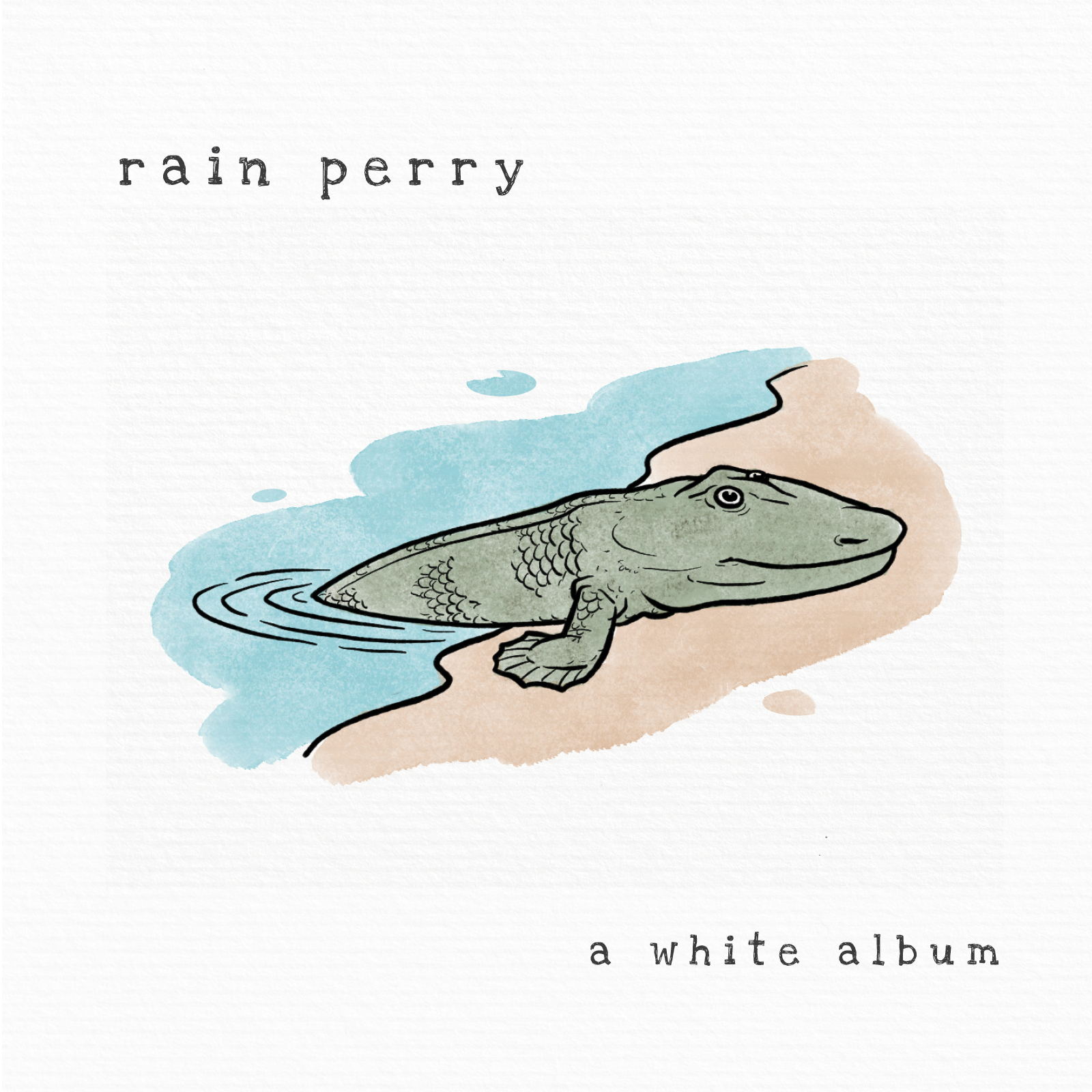 Lucy's mom's response:  "OH I LOVE HIM! HE IS A WORTHY CREATURE! HE IS HOPEFUL AND WORTHY OF EVOLVING!" Yep, that's exactly what I'm going for.

So here we go! The album comes out on April 15, and there are two or three singles coming first, plus a music video or two. There's a lot to do to get ready.

Wish me luck explaining this metaphor as I talk about this album and weave it into a theatrical piece, over the next few months. Wish me luck as I grapple what's certain to be a mixed response to a fraught topic. Wish me luck as I develop a way to use the piece to raise money and awareness for organizations that provide benefit on the ground.

Wish me luck as I evolve.