Not too alive and not too dead

Picture a warmly lit room. Wood walls. A couple of rugs on the floor. A room that was once a garage in a rural Texas house, on a quiet highway way down south of Austin, on the road to San Antonio. Woods behind.

If a bunch of Colorado hippie musicians move into an old house, and some of them do framing and finish carpentry to pay the bills, a garage looks like a place you could drywall and make a practice room. That's exactly what happens here.

The wall between the garage and the rest of the house is filled with phone books and recording magazines, for soundproofing. Two doors with a gap between them go in at the top of the steps. Frame it, enclose it, paint it. 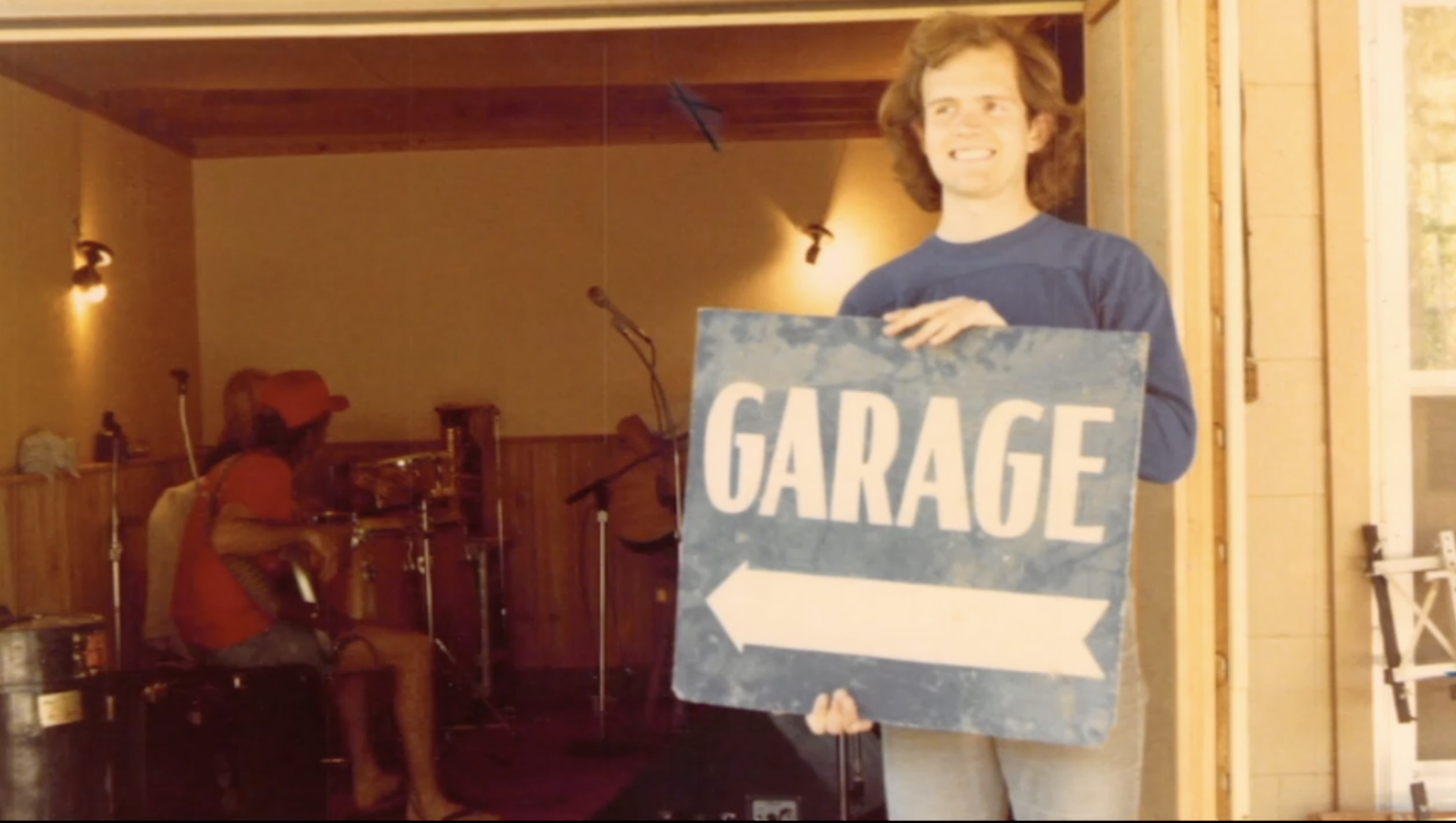 James Tuttle in the walled-in garage

A lot of great music is happening there, so it isn't long before the owner thinks to record it. Someone has a panel truck that they've converted into a mobile recording studio for gigs around town, so they back the truck up into the carport next to the former garage and run cables in.

If you're recording, you have to make certain changes to a room. You want to avoid reflective surfaces, sound-wise. So you put in a hardwood floor and cedar paneling. You want to dampen the sound, but not so much it sounds like you're recording in a coat closet. You want to hit that sweet spot: not too alive and not too dead. Acoustic tiles go up on the ceiling. Baffling is nailed to the wall.

At some point the panel truck goes away and one of the bedrooms is converted to a control room. Now the cables are run through the walls of the house to a patch bay in the converted bedroom. In order to see what's going on, a video feed is set up in both rooms, to be used if desired or turned off if not. (This is really different from most studios, where you sing with a big glass partition between yourself and the control room, potentially leaving a vocalist feeling somewhat goldfish-esque.) 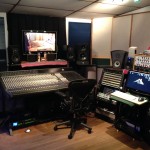 And as you record different musicians in different configurations you discover things, like that the drums sound best when placed in that corner. And the best spot for a solo vocalist is here. And that you might want to record a band live, so you better build an isolation booth or two for the vocals or strings or woodwinds. (That's so that later, when you're mixing, there's not too much "bleed" of instrumental sound onto the other tracks.)

At some point, one of your major clients might really wish there was a designated drum room with more of a live sound, so now you wall in the carport, leave the floor concrete, and build a big swinging door so the cutting rooms become totally modular. When she comes back from the road, the drum room awaits her.

The city encroaches south. A bunch of townhomes go up across the street. A self-storage goes in up the street. A huge shopping complex goes in down the street. The city widens the street. It's loud all around the little house now.

Over the course of thirty or forty years and hundreds of clients, the garage, the carport and the bedroom are tweaked and fine tuned so that the small house itself becomes a living, breathing instrument. The studio makes a name for itself, has a long heydey, begins to suffer the effects of a changing industry. Somebody makes a movie about those changes, featuring the studio. Things bounce back, as one artist after another decides that it doesn't matter if they can profit from music -- they still want to make the best record they can and they know where to go to do it.

Many little houses in the area are torn down. A giant development goes in right next door and behind, forming an L around the property. There's a moment coming when a young hippie's dream -- that some faraway day when he's older and the city is bigger, he'll sell the place and that'll be his retirement -- becomes real. The roof is caving in, requiring a choice: invest in the house or sell it. The crew starts referring to the place as a "bucket of bolts." They joke: "You recorded in that thing? You're braver than I thought." "You hear that, baby? Hold together." The time is nigh. It's just a matter of months now before the place is torn down.

But today it's still there, on the road way down south of Austin, and the crew inside it is finishing up a couple of projects (including mine) before it's officially decommissioned and they start taking it apart -- packing up the drums, pulling the cables out of the walls and wrapping them up, choosing what to bring to a new recording space and what to give away or sell. You might say at this moment the Congress House is in liminal space: not too alive and not too dead.