Make Use of It 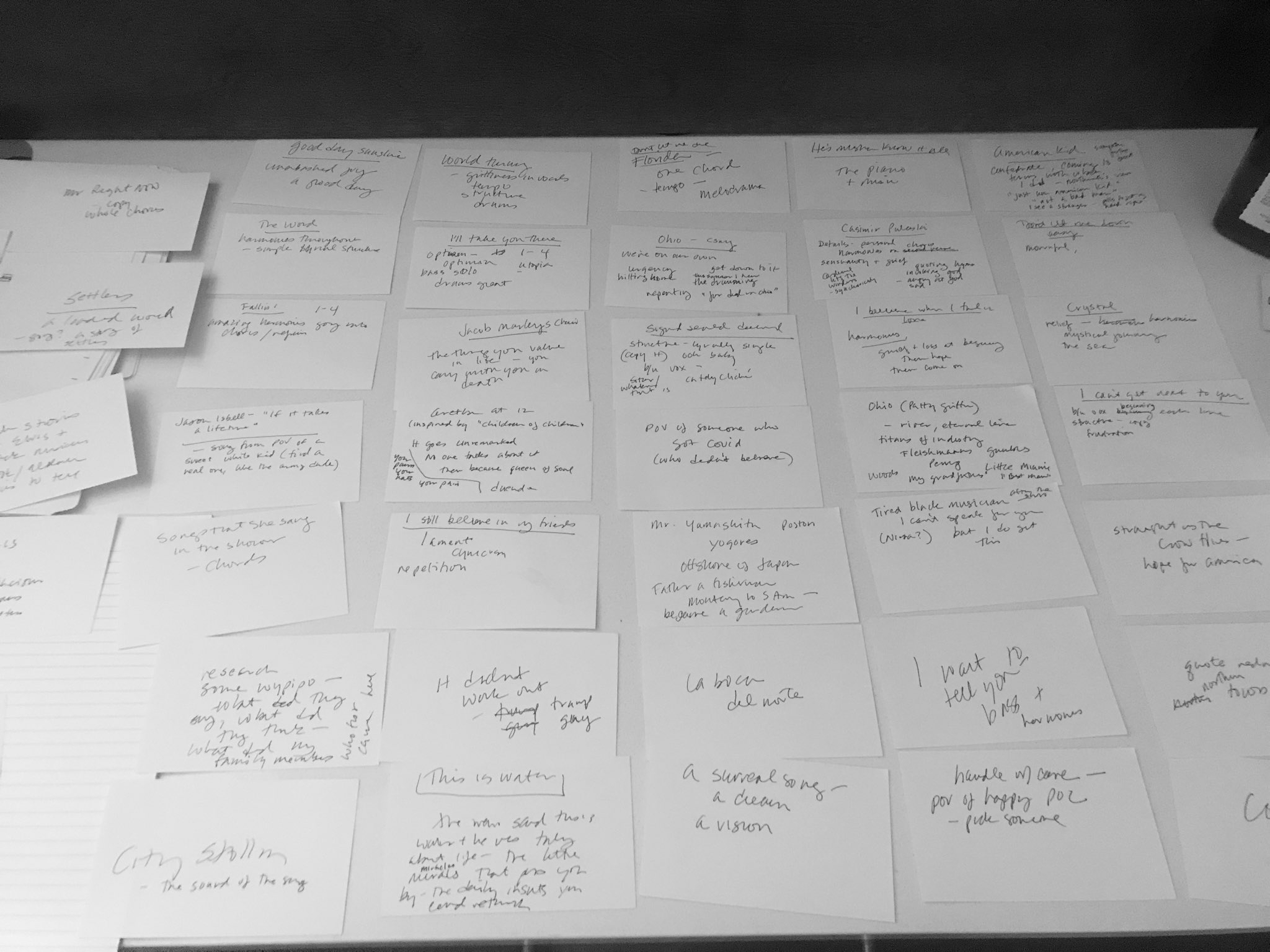 I started this long ago. Well, it seems like so long ago, last early Spring, thinking I needed to write something - a record or something. That was my first thought when the pandemic started. Make use of it.

But I was stuck - stuck in a way I'd never felt stuck before.

I thought, "I'll write that horror movie." So I bought a bunch of books related to the subject but it fairly quickly began to look like a dead end, or not my story to tell.

Then I thought, "I need a metaphor. I'm writing a musical."

So I found a great metaphor, and went down that path. It was about the fire. Thinking back, I guess I started the musical before the shutdown, but as the pandemic raged on I realized a local brush fire, no matter how devastating, was being eclipsed.

So I did what works best for me. I carved out a few days and drove away.

I found a little cheap cabin. Seemed pretty safe and socially distant. Driving up there was like crossing a no-man's-land. Was it ok to use a gas station bathroom? Were they socially distancing at the Trader Joe's in Fresno? (Yes.)

I got to my little cabin and holed up. I journaled and prayed and lit a candle and walked and listened to pre-chosen inspiring music and stared into space and emailed Kim Maxwell for emergency prompts - and left after two nights hoping something was embedded because nothing was coming.

And then on the drive home, the long way through Yosemite, it cascaded out. It was despair. It was loss and fear and memories and hope. I pulled over so many times along Tuolumne Meadows. I kept jotting down notes. I had to; no cell service up there, so no dictating into Siri. My passenger seat filled up with bits of scrawl.

That evening I pulled into the Best Western in Lone Pine with dozens of 3x5 cards with song snippets and thoughts and clues. I locked myself into my motel room with my own pillow on top (a pillow I later forgot to pack) and ordered a pizza. Most places were closed for indoor dining, and even if there hadn't been a virus rampaging through the population, I was too raw to be amongst other humans.

I began the process of laying it all out, looking for connections.

Now, 1.25 years later, here I still am, with an album recorded and almost ready to release, still looking through those same notes for connections for what I say, along with those songs, on a stage.