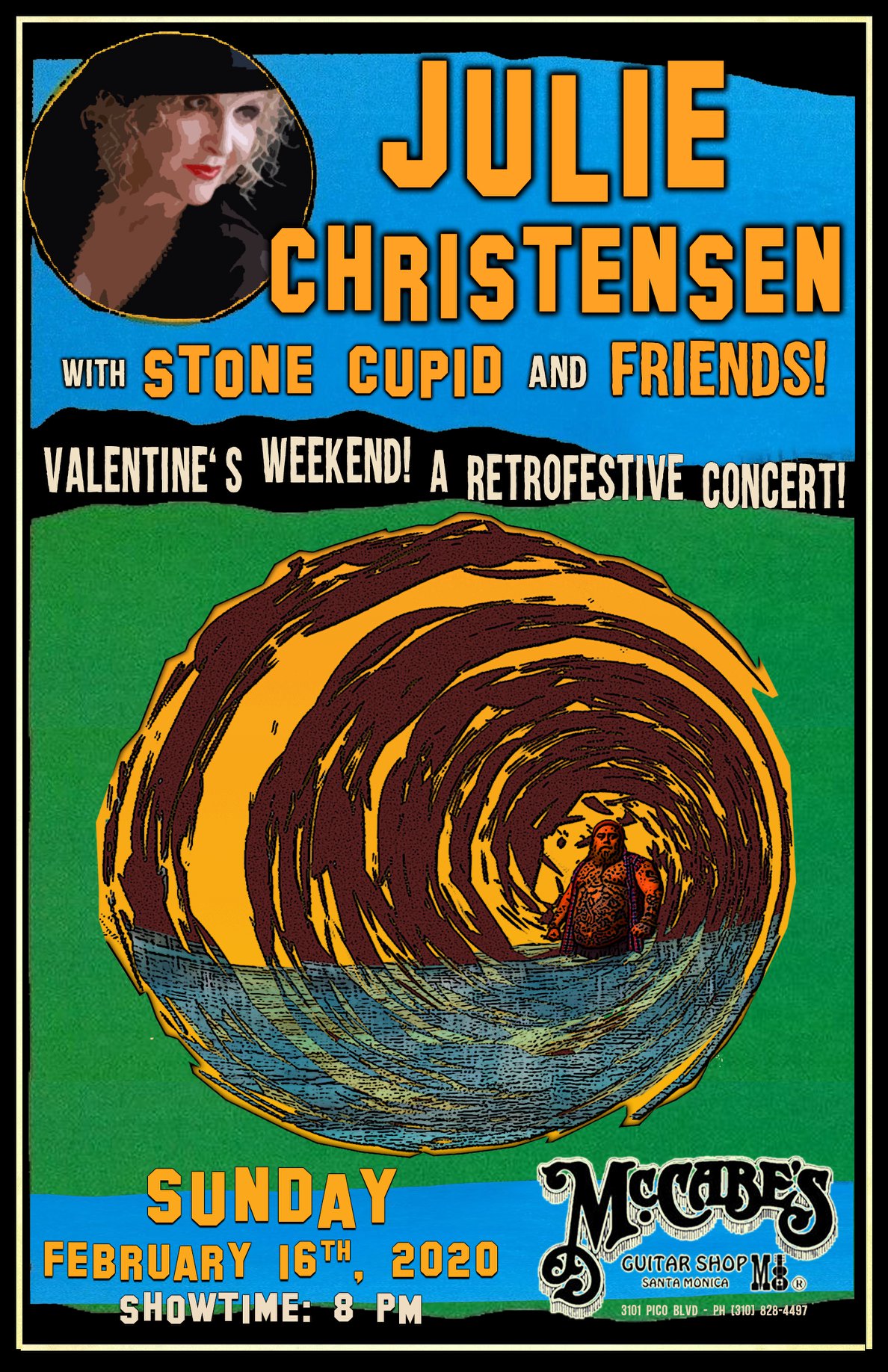 Julie Christensen’s story is woven into decades of the fabric of underground and roots rock ’n’ roll. Julie tells her stories, conveying the beauty of suffering with a subtlety that has become her signature, no matter what the genre they are sung in. "One of the truer singers you’ll ever hear — straight up, no mannerisms, perfect taste; recognize how she could sing with both Leonard Cohen and Chris D." - LA WEEKLY

Julie co-fronted post-punk rockers Divine Horsemen, and is a veteran of Leonard Cohen's bands and the documentary "Leonard Cohen-I'm Your Man". “A Sad Clown,” is her seventh record; an acoustic yet gritty offering of her own music and a few gems by fellow East Nashville friends Tim Easton and Darrin Bradbury; and a stunning interpretation of Tom Waits’ Hold On that only Julie can deliver. “A Sad Clown” held the number one spot on Alternate Root, and is her second album with Stone Cupid - regulars Sergio Webb, Chris Tench, and Steve Latanation - and Jeff Turmes (Mavis Staples) returning on the bass. She also spent time as a jazz chanteuse, tours, has performed and recorded in the studio with Steve Wynn, Van Dyke Parks, John Doe, Exene Cervenka, Alejandro Escovedo. In September 2018, Julie was inducted into the Iowa Rock ’n’ Roll Hall of Fame in the “Women Who Rock” category, an honor she will share with 2015 inductee Wanda Jackson.