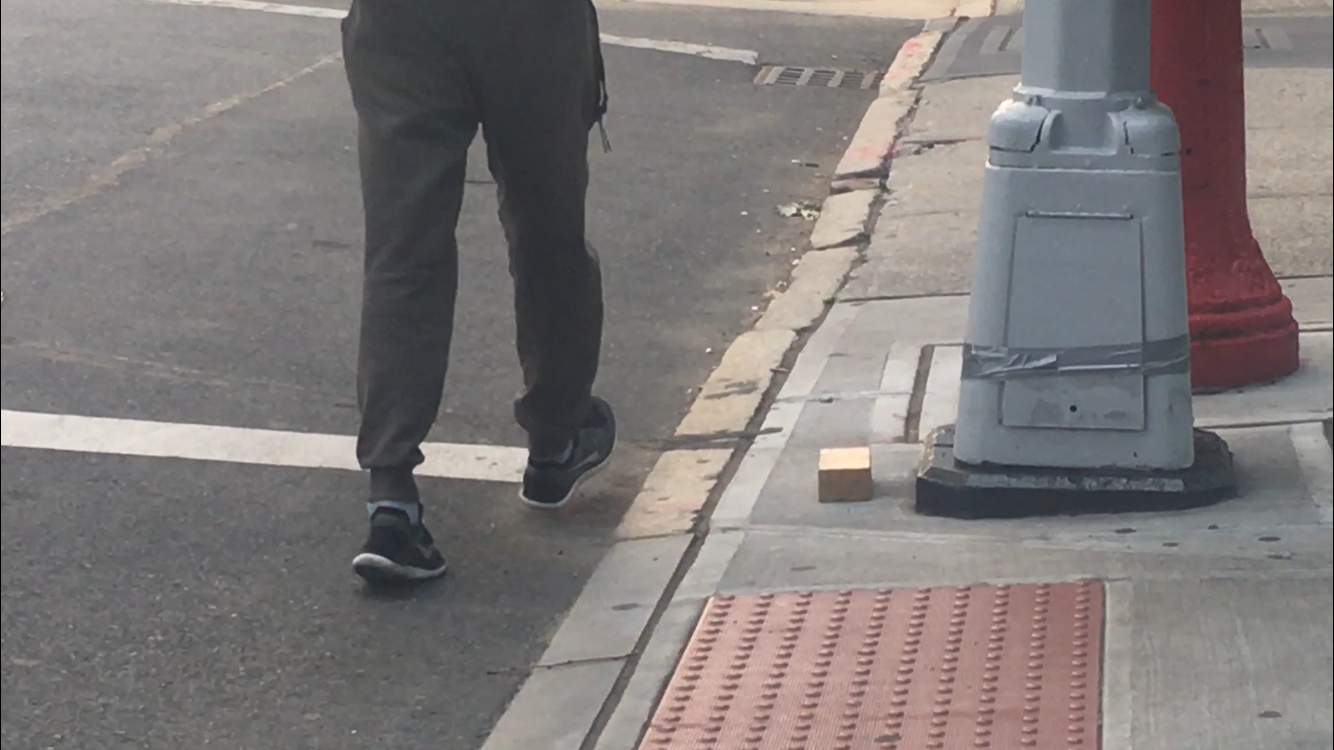 Artists are raving about it not because it’s the hot show. (The fact that there are still tickets even in its last week demonstrates that it still has something of cult status.) Nearly everyone who sees it is personally affected but I think artists relate in particular to its opening metaphor of a Rouletista who routinely puts a gun to his head in front of a crowd. I know I did.

I walked out of this play feeling hollowed out to pure sorrow and joy, stunned that it happened at a “magic show.” To quote Sarah Silverman’s recent tweet:

This is as profound as hearing Dylan change the rules of pop music with “Like a Rolling Stone.” Derek Delgaudio has raised the stakes of what magic — and art in general — can do. Oh, this is possible? An artist can be this relentlessly vulnerable, specific, skilled and generous, and somehow keep their heart open to do it 500 times?

So I’ve dug up everything I can listen to or read about Delgaudio’s process of creating this astonishing show. He teamed up with producer Neil Patrick Harris, who directed his previous theatrical piece Nothing to Hide, sought out the legendary Frank Oz to direct, and assembled a stellar production team, including his longtime collaborator Glenn Kaino for artistic direction, the great Mark Mothersbaugh for the beautiful, unsettling music and Jules Fisher for the gorgeous staging and lighting. He deployed their talents to help him translate what he calls an “insane” collection of ideas into an award-winning, multiply extended theatrical success.

In interviews, Delgaudio, in his mid-thirties and already two-time Academy of Magical Arts Close-up Magician of the Year and 2016’s all-around Magician of the Year, as well as 2014 Artist in Residence for Walt Disney Imagineering, talks a lot about amazement — about the potential for a magician to be a proxy for the audience’s sense of wonder instead of being the dude in a half-buttoned shirt with a stage fan.

This is magic, and it should be magical. Why waste an art form with that much promise? It could be so much more than gaudy, self-aggrandizing spectacle. In a talk with Alton Brown, Delgaudio says: “When you feel a moment of wonder and astonishment, it should wreck you,” and boy, it did.

I was already a bit of a wreck when I walked in the Daryl Roth theater the first time. Between the political brushfire we’re all fighting and the non-metaphorical Thomas Fire that destroyed my studio and part of my neighborhood (but not, thankfully, my home), plus the preceding three years spent pouring my heart into a cinematic elegy for the music industry, I had staggered into 2018 not at all clear who I am and where I fit into anything. I am a musician, but I don’t know how to be a musician anymore.

And anyway, since the election, the thought of promoting myself has seemed irredeemably frivolous. Like many of us, my time has been hijacked by a breathless sense of duty to get involved politically in every way I can. So when I was confronted at In and of Itself with a wall of identity cards and asked how I choose to be seen in this world, I picked “I am a volunteer.”

And then Delgaudio spent 75 minutes demonstrating the power of the personal story and the potential for an antiquated, disrespected art form to reinvent itself and transform the people in the room.

I walked out of that theater into the snow, and in days I had booked the studio for a new album about the fire, real and metaphorical. I have no idea how you release an album now so that people will listen. But I have hard evidence that it’s possible to make that thing you see missing in the world and get people to care.

The sense of being a part of a tradition that once was valued and is no longer — the place I’d gotten to as I watched the music industry implode just as I was getting traction in it — that’s the place where Derek Delgaudio began his career.

From a very young age, he found himself devoted to a craft for which there is no demand and that people don’t respect. Still, Delgaudio seems to feel that most of what troubles magicians is self-inflicted. He talks in many interviews about how there is so much shitty magic — a sea of hobbyists doing what he calls “service entertainment.” He couldn’t bring himself to do it. He’d figure out what he wanted to say and invent the sleight of hand to help him say it. (“I’ve got something to say” is the worst artistic cliché, unless of course it works.)

I haven’t gleaned exactly how it went, but my impression is that it was simply his sheer talent and commitment to excellence (plus a fair amount of swagger) that first got him attention, and it’s grown from there.

Or, I should say, it’s grown from there to a point. A whole lot of people still have no idea what In and of Itself is or who he is. Confronted with a choice between an authentic connection with his audience and the larger stage, Delgaudio made a conscious decision not to be very famous, though now his cult status has certainly been confirmed.

That wasn’t me. I wanted the big stage. Like most guitar-playing kids, I wanted to be a rock star, which luckily at a certain point matured into something more realistic and sane. I wanted to become the best singer-songwriter I could, and strove with some success to find my audience, most notably in the form of a song I wrote for my own messed up family which became the theme for a network TV show.

Popular music — which used to give us our sense of identity, to which we used to commit our hard earned money and treat with reverence — has been relegated — with notable exceptions of course — to the background. It’s awash, like magic, in a sea of shitty YouTube videos and overwrought competitive television performances of classic songs, the creation of which the industry now could never support. We can sing Space Oddity on The Four, but we’re not making any David Bowies now.

So, for me, the disrespect shown to musicians as the industry changes is a personal loss. It’s only been in the past couple decades — not the distant past, as with wizardry and alchemy — that my genre has lost its cultural place.

I spoke at the FAR-West Music Conference in Seattle about music in the era of Spotify, and I made my usual case for artists recognizing the value of their own work and approaching the streaming services with skepticism.

Now we put it on Tunecore with a fancy, computer generated thumbnail album cover and out it goes to Spotify and Apple Music. It looks pro, so we think it is. But it’s not, and we’re getting used to mediocrity.

It can be better. We can do better.

I know, when I speak at these things, that I risk sounding like a bitter old timer who can’t accept the changing times. And in fact at one conference a young woman raised her hand and said “I disagree with everything.” But I also heard from young artists who feel they are doing it all right — touring relentlessly, working to get on Spotify playlists, monetizing everything they can think to monetize except, of course, the music itself — and they are nowhere. They might be able to pull this off for awhile, but it’s not a career.

That is a loss, not just to the artists, but to the members of the public who still love and need music in their lives.

I’ve wrangled with it. After my last album, I kept pitching, got some placements, and then also tried writing specifically for “synch.” I figured, what’s the harm? What can I find in Edward & Bella that I can personally connect with? Is there a fresh way to say “tonight’s gonna be a good night?” It’s writing practice.

Many people don’t know this, but there is a whole quadrant of the music industry and a whole world of musicians who make a living writing and pitching specifically for commercial use or social media stars:

“YOUTHFUL POP SONGS with an URBAN flavor and Female Vocals are needed by a Major Label A&R Executive for a newly signed social media personality who’s got millions of views on her videos.”

So I thought: maybe this is what I have to do — maybe this is how you do it now. I know of at least a few major artists — artists I love and respect — who you never hear from because they are now mostly writing for commercials. They’ve got kids and a mortgage, and that’s where the money is.

So I quit, or rather I surrendered. I made a film (which actually turned out to be excellent artistic crop rotation) and spent a lot of time lobbying for better treatment of artists. But: I am a musician.

But also: I’m a musician now. Instead of just bitching about it, I have to connect with what’s really true. So streaming exists, and people’s attention spans exist, and I still have Something to Say. I don’t know — nobody really does right now — how to do it. I’m doing it.

So that is why I’m an unabashed fan of, and deeply grateful to, Derek Delgaudio. His show is like — I’ve thought about this — like whatever is the opposite of a horcrux: a vortex of pure heart and excellence that those of us lucky enough to have seen it are compelled to internalize and manifest in our own lives and/or work. That’s the sense I get from the emotional tweets from the famous and not-famous people who have been so moved by this odd and beautiful thing.

Of course In and of Itself has to end. It has to because my god: 500 one man shows. It’s truly an Olympic feat every night, which Delgaudio describes as a combination of “taking the SATs and going to a funeral.”

In the Alton Brown interview (which is great; you should listen to it), Delgaudio says that his vision for his work is “If you make a really good thing, and it’s better than everything else that’s out there, then people will pay for that thing. I hope.”

THANK YOU, and okay, fuck it. I am a Rouletista. Here we go again.

Tickets to the last two weeks of In and of Itself are available on the show’s website. After August 19th, it disappears forever.