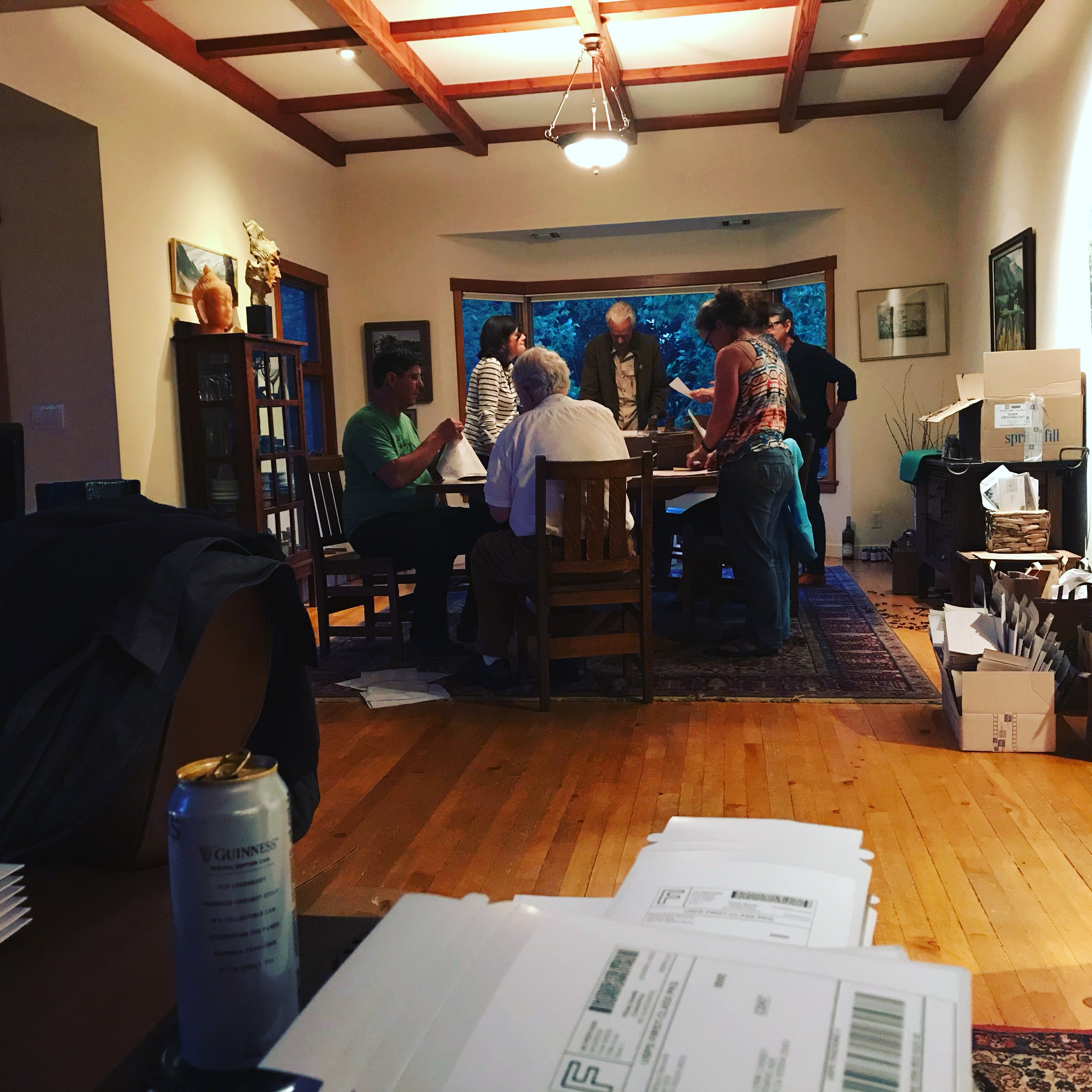 The common wisdom is that in the modern music business, with streaming replacing purchasing, artists are supposed to be able to make up the difference in income with touring and merchandise. (Now, I've made a movie that challenges the validity of this theory, but anyway, that's the way the business works right now.) (Or, you can always become an Instagram influencer and promote your music that way.)

Some artists, like this guy, this gal and this guy, have built thriving careers on the road. Although I've now released five albums, I don't tour. I want to talk a little bit about that.

I grew up writing songs, playing the guitar and the piano. But as many of you know, I got rheumatoid arthritis when I was 22, and I haven't been able to play an instrument since. In most ways, this doesn't affect my music and, ironically, has even improved it, because the truth is I wasn't that great of a guitar player.

So I learned to write what I heard in my head, not what I could play, which, trust me, is way more interesting. I've had the opportunity to work with a whole bunch of awesome musicians over the years. In fact, I'm going to go so far as to assert it's been far more fulfilling, musically speaking, than the career I thought I was going to have, and I've had some incredible successes throughout my odd trajectory.

And, anyway, once I met my producer Mark Hallman, he became the other half of my musical brain. I write the songs and make demos on my iPad, then he turns them into real orchestrated tracks. It's pretty awesome.

I love singing and performing, and I do it locally as often as I think the market will bear. The challenge is touring, and this is one of those few times I get pretty frustrated with my situation. If I could go out alone with my guitar, I'd be doing solo shows all the time and work with additional musicians or a band when I could.

But it's logistically much more challenging to travel with an accompanist. Not impossible, but challenging. So, between that reality and the fact that I was a stay-at-home mom to my kids while I was becoming a recording artist - I just didn't become a touring musician in a viable way. Watching, for example, my friend Matt the Electrician develop his touring career over a period of years has been a humbling experience. You might not know how much strategy and doggedness goes into a workable life on the road, but let me just say it: a lot.

This all makes for an interesting promotional conundrum. I recently spoke with a radio promoter who - even though he loved the new record - couldn't fathom how to promote it, because his model was based on supporting artists by booking in-studio performances and generating buzz as they toured the country. So how does one promote an album without touring?

Well, I'm pretty creative if I do say so myself, and I'm relentless in my way, so I have ideas. I've got three music videos in the pipeline I'm super excited to share, and I have a project related to the theme of the album that I'll be announcing soon.

And I am totally into performing when I can make it work, so if you want me to come play for you and can make it happen with me and a guitar player, I'm in.

This touring this has come up, and I just suddenly felt like addressing it. So thanks for listening!

Now to the fun part: you can order the new album now! Click here to place a pre-order and you can immediately download the opening track "Whittier Street" -- about making art no matter what -- in any format you like.

(You will notice that the album is only $7.00 as a download. Why so cheap? Because that's how much I get if you download it from iTunes and I would rather you buy it directly from me!)

I'll be sending another email soon once I get the super cool t-shirts and other merch up for sale. Lots of fun stuff comin' atcha!

Thank you, as always, for paying attention. I can't wait for you to hear the new album! 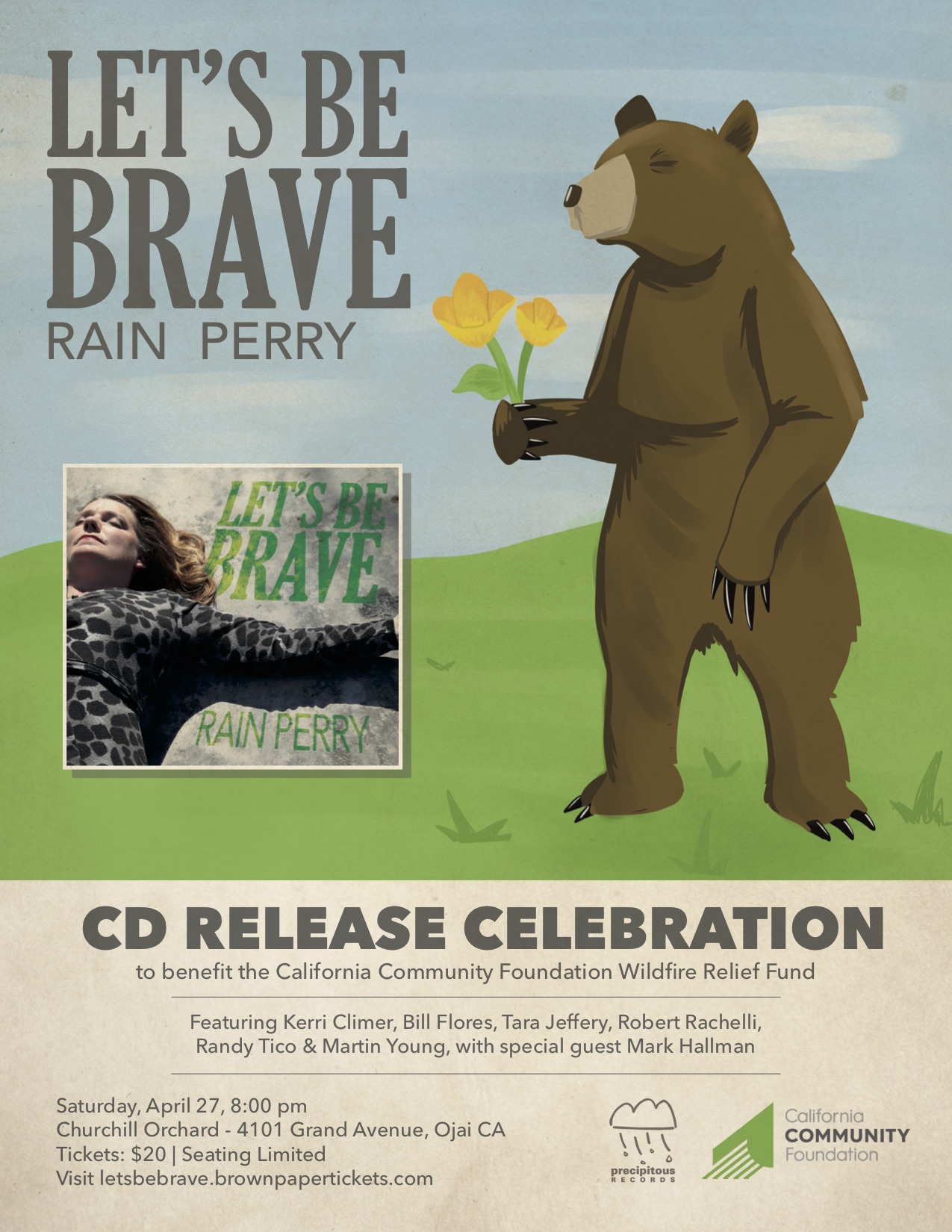