I Am A Rock and Roll Doula

This journal/blog I'm keeping right now is mostly about my upcoming album and the performance that goes with it. But today I want to talk about an album by someone else -- my friend Tara Jeffery. Helping bring her first record into the world is a joyous parallel track. 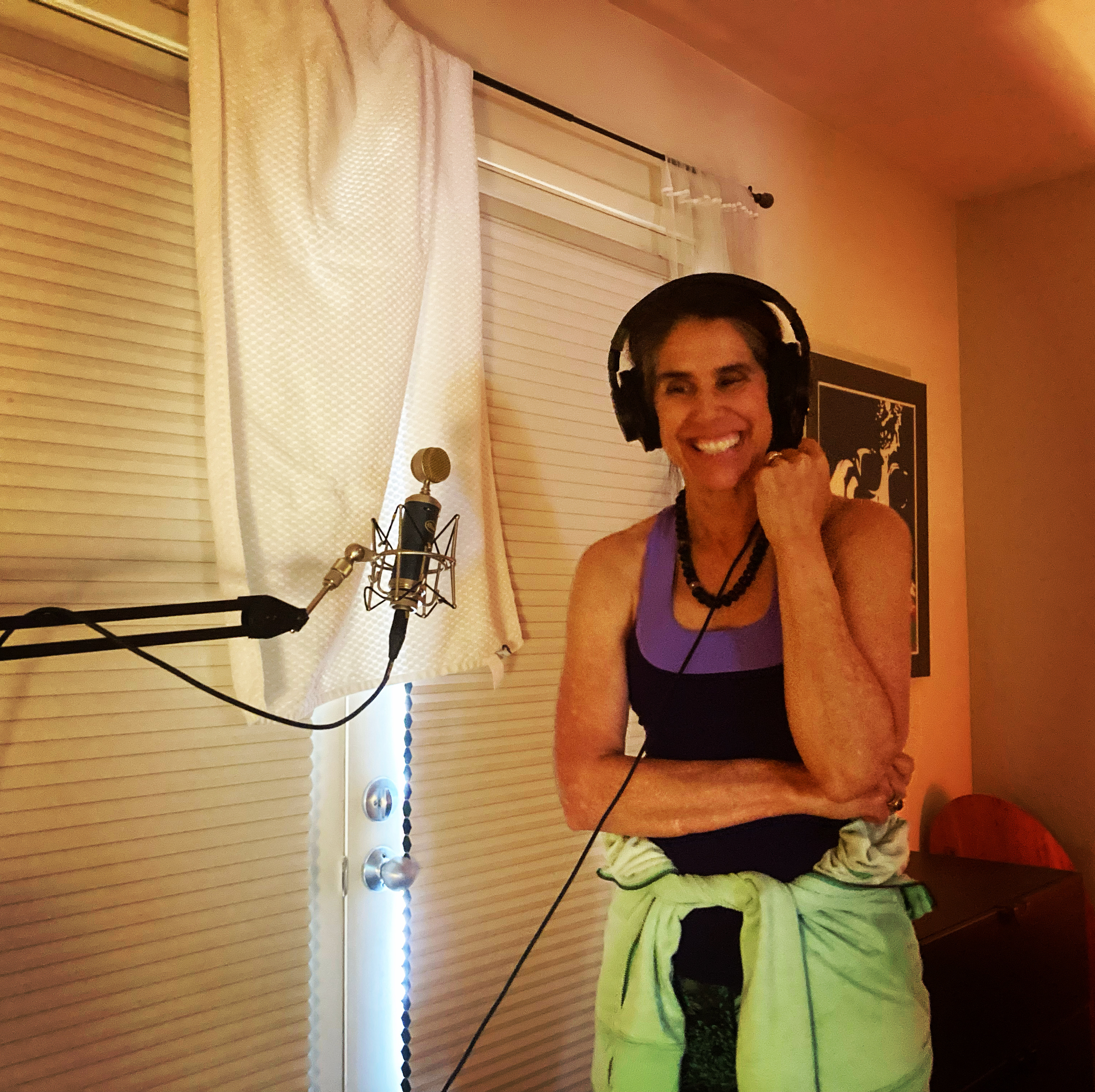 Tara and I really bonded in the mid-80s when she rented a room from my dad in a house on Meadowbrook Drive he was paying for with Ecstasy money. She had style: long black hair, colorful jewelry, good taste in music. She sang at Charlie’s By The Sea. We went to the same high school, but she was a few years ahead of me. She was a massage therapist and, to my eyes, a fully functional grown up. I was eighteen with no idea what I was doing with myself except that it somehow involved writing songs. She and I would smoke my dad’s Benson & Hedges Menthols in the living room and whine together. It was so satisfying.

I talked her into singing backup for me in this concert my dad produced at The Nest (now the former Ojai Café Emporium, which was the former Ojai Coffee Emporium, which used to be on Signal Street, which used to be called Good Taste). I hadn't written a whole lot of songs yet, so the show was an evening of pop standards called “Tell It Like It Is.” It was packed, and fun. My new boyfriend Bill sat in the front row. I promised Tara I’d sing backup for her next time.

(When the place was The Nest, by the way, our friend Teri was the bartender and my dad would do drug deals from the pay phone in the corner, in code. “Sure, I can get you a dozen ‘cassettes’ for your party. Do you want to swing by on Friday?...$20 each.")(Also, I should point out, this drug dealing phase of my dad's life was pretty short-lived. You can learn all about that here.)

Here's a promo picture my dad took, that we sent to the Ojai Valley News. It hangs in my garage. 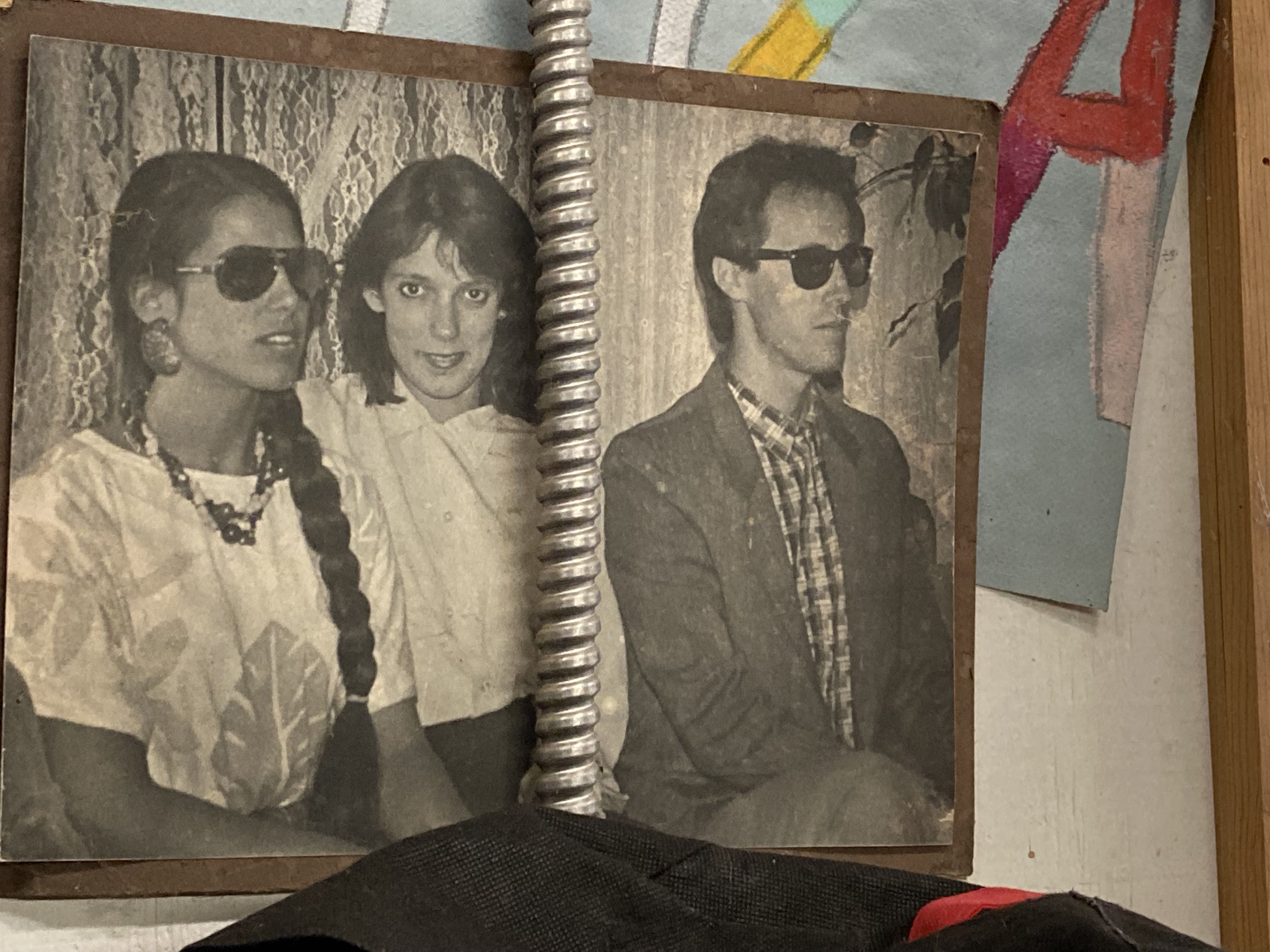 Keyboard player John Boyd, the other roommate in that house with my dad, is a nice Wisconsin teacher working at Ojai Valley School who had no idea my dad was selling ecstasy from the house he was renting. He made up the third part of our trio. When I later told him about it, he just shook his head at us crazy Californians.

Time went on. I got married. Tara moved to San Francisco, went to nursing school, and was in a series of bands. I got sick with rheumatoid arthritis and couldn’t play the guitar any longer. I stepped away from music, had a kid and then another kid. Tara became a public health nurse and her time for being in bands diminished.

At some point we had a falling out, which lasted like five or six years, during which she moved back to Ojai and opened a Pilates studio. I saw her a couple of awkward times. And then one day I bumped into her in the parking lot of Rainbow Bridge, the health food store, and suddenly it just…wasn’t weird anymore. We were so happy to see each other. Something had thawed. To this day, neither one of us can remember what the fight was about.

We kept circling each other, musically speaking. I got recruited into a cover band called Humble Servants of the Groove, fronted by Tara’s ex-boyfriend, and then made my first album of original songs with him. The Humble Servants broke up and then reformed with Tara in it.

Tara and I finally ended up in the same band at the same time – actually more than one – and found we freaking loved singing together. By this point I’d been to Austin and had made a few records with Mark Hallman and had an actual career going. I started teaching songwriting, and Tara took my class. (I traded for Pilates – an awesome barter.)

And then, in 2019, Tara decided she wanted to make a record. I said I’d help. So we'd meet at her house. Volumes of ideas were bubbling out of her. I helped her sort them into potential songs. I assigned freewrites to develop some of them further. I helped her bat away internal doubts that were screaming that none of it was good or interesting or worthy. Those doubts were wrong. What she was writing was good.

I said, “you should go to Austin and work with Mark. I’ll help you.” So in what is the equivalent of a loan with 35 year compound interest I was now paying her back for singing backup for me by being her rock and roll doula. She was so ready and worked her ass off and grew her ideas from embryonic scrawl to finished demos of seven truly interesting, innovative, catchy songs. Tara has a vast musical knowledge but doesn’t play an instrument, so figuring out how to get the ideas from her head into my iPad and onto a chord chart was a big learning curve, but we did it.

Then Covid came. We kept at it, meeting at my place or hers, sitting outside or inside in masks, hashing it out. We thought the pandemic was going to mean her dream of recording at the Congress House was kaput, but once we were all vaccinated it began to seem possible. She booked the studio and an Air B&B and we flew to Texas.

What a joy it was to hand her songs off into the able hands of Mark Hallman and Andre Moran and watch them bloom, and watch her bloom along with them. Like: I literally watched her bloom over the course of the week. We sat at the table the first day strategizing, and Mark told Tara “This is going to blow your mind.” And it did.

(You can watch too – I made a little video of Tara’s week in Austin. Please try to ignore my bronchitis-ridden voice throughout.)

The way it works with Mark, if you don't live in Austin, is that you record the basic tracks and lead vocals there, and then over the next few months he and Andre add additional instruments, like guitar solos and synthesizer parts. Sometimes there are harmony vocals still to sing, which I record in my own studio and send back to him. That was the plan for Tara's record too.

When we got back, friends asked Tara “Did you have fun in Austin?” She told them, “Fun isn’t the right word. It was hard work. All we did was work in the studio, go to Whole Foods, and sleep, for an entire week. But it was satisfying in a profound way.” (I responded, of course, “That’s what she said.”)

I had warned her it was going to be excruciating to finish her week in Austin and then come home to her regular life and have to wait until her album came back up on Mark’s assembly line of projects, my own next record among them. I promised her that it would indeed happen and that I knew this to be true since I am now working on my fifth album with him. I did truly feel like a doula with a nervous first-time mom, holding her hand, calming and reassuring her that everything was going exactly the way it was designed, and that she’d have a beautiful bouncing baby record before she knew it.

And then a couple weeks ago the first rough mix came in via WeTransfer! I forwarded it to her with a bunch of disclaimers (“it’s a rough mix, not mastered yet, it’s really going to sound big when the harmonies are in,” etc.) and held my breath. After all this work and cheerleading, would she like it? Would it sound to her like her? How would she feel about how she performed the songs? She called almost immediately. “It sounds pretty GOOD!” she exclaimed.

(Mark is a genius, by the way. He knows what you are looking for even when you don't know it yet.)

So now we make our way through the harmony vocals. We’ve got a ways to go but we are again in the thick of it, which feels so great. Tara is so ready to embrace her inner singer-songwriter.

There’s another thing I know that she doesn’t. When this record comes out, in whatever form that takes, she will become a new person. She’ll be a recording artist – who has made a damn good record.