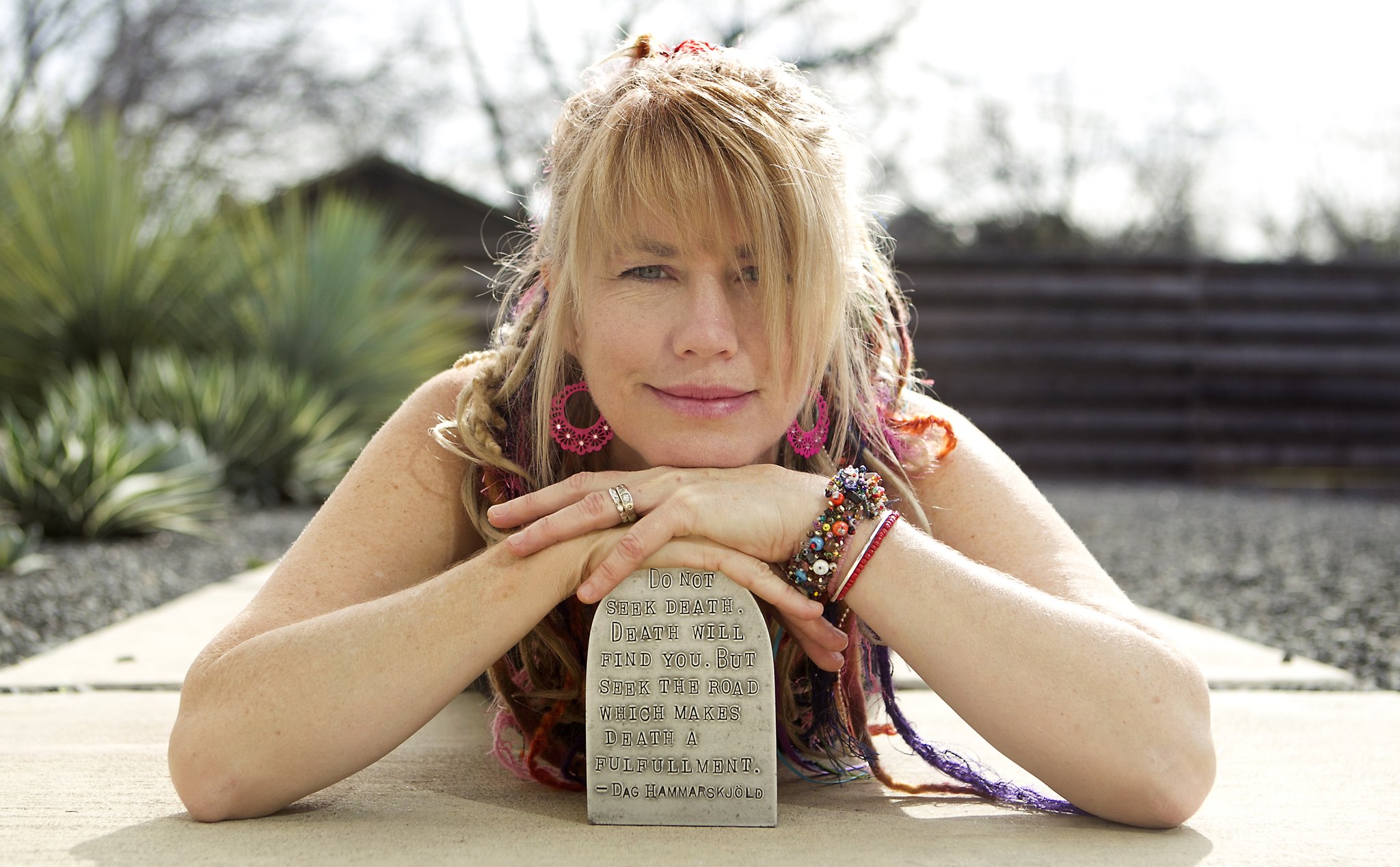 Recently, 5 months ago, I retired from being a musician, which I had quirkily and mindfully lived from 1977 until March 2017 (14 until 54 years old). So, working on adjusting to a very huge shift in my world.

At the beginning of this year, though, I was prepping press, radio, tv appearances, social media, website, distribution, booking dates for in-stores and performance and all the odds and ends necessary for the release of “Lifeline”, the debut album by [daughter] Lili Blessing on my label Sleeveless, which arrived March 18.

As for right this very second, I am working on collecting my ideas, stories, music, etc to create an audio book about my career, loves, goofy and serious experiences. I’ve, also, opened a B&B in Matagorda Bay (Palacios, TX) and having fun with that.

1) Retiring: after years of feeling a multitude of conflicting feelings about my life as a musician and how the industry and people’s buying patterns were changing, it was a relief to say, “I’m done!” What a relief! It’s great to go on a trip without three guitars! And there’s so much day to day to overseeing a music career that I just…let go. It’s made my life much more simple.

2) Reaching out to club owners/tv/radio/press and others in my network I’ve built, I was surprised how responsive everyone was to having Lili on their show or lineup. That’s been easy (although the surrounding work around it was 24/7.) I’m incredibly grateful to all involved.

3) Over the course of several months, I went through my vast catalogue of cds, cassettes, memorabilia, posters, fan mail, contracts, licenses, photographs, touring books, press, masters...you name it…and handed it over to Rice University. They archive Houston folk musicians, so I was honored that they reached out and took my life into their hands :) This was really, really fun and interesting because I got to re-live my life in music and see how much I accomplished, the places in which I performed, the people I met, the love that complete strangers expressed in letters. I don’t know that this was easy, but I’m telling you about it because it was easy to enjoy!

4) Making a giant pile under and next to my desk of all the journals, books, letters, etc to compile my book has been easy! (Now, let’s hoping writing the book is just as easy.)

5) Getting the license and taxes set up for B&B business was SUPER easy. And didn’t cost hardly anything. Also, running it has been a joy, there is a  constant flow of people coming to relax, fish or go birding…so we are enjoying having it.

Helping Lili on her musical path can sometimes be frustrating because, as you know, there are 1 bah-zillion musicians out there, so she’s up against a lot of others with the same dream. Because I have an “in” and, already, know a variety of people in the entertainment business, it helps me help her. However, being the single entity working on behalf of Sleeveless, it can get overwhelming and there are a lot of plates to juggle.

As for myself, I was always engaged in multiple projects. Big, big projects, whether visual or recording, I liked taking ideas, organizing the funding and these concepts a reality. But once I decided to retire, it seems like all my go got up and went. Where I used to be able to organize and lead, or jump on stage and perform for 4 hours, now I just want to lay in an hammock or make great food in the kitchen. It’s hard for me to understand how I accomplished so much when, now, I can hardly return phone calls.

Perhaps it’s menopause? It’s hard to believe I was me, if that makes sense.

I suppose “Shortstop”. It, still, speaks about so many issues that are important to me (and others.) Released in 1990, the songs were pop driven, but the lyrical content concerned abortion, the death penalty, recovery from a stroke, music therapy, singing about my gay sister, people’s judgements, hostages, sexism, rape. Pretty heavy stuff that is always relevant—but these subjects were sung tucked inside the midst of love, desire, happiness and hope.

Being a mom to our youngest daughter as she finishes her senior year of high school!

Writing grants for The Colored School of Palacios, TX. I’m invested in seeing this original building become a modern day community center. It was formerly a segregated school from the 1930’s until 1967.

I have a secret project I am drawing that will be for sale in the next 6-7 months, another type of book that has to do with music, as well.

I’m co-founder of ArtSpace @ Work. We are a group of artists/musicians who teach others how to release their creativity in a fun, inspired environment, working with corporations, retreats, families, individuals in a class type environment. We come to YOU with all the supplies.

Lots of resting, working out, getting healthy!

You can learn more about Sara at her website, and hear about her time at the Congress House, including her tale of the "close bonding experience" of mixing before automated recording, in The Shopkeeper - out now on DVD & VOD by clicking here.