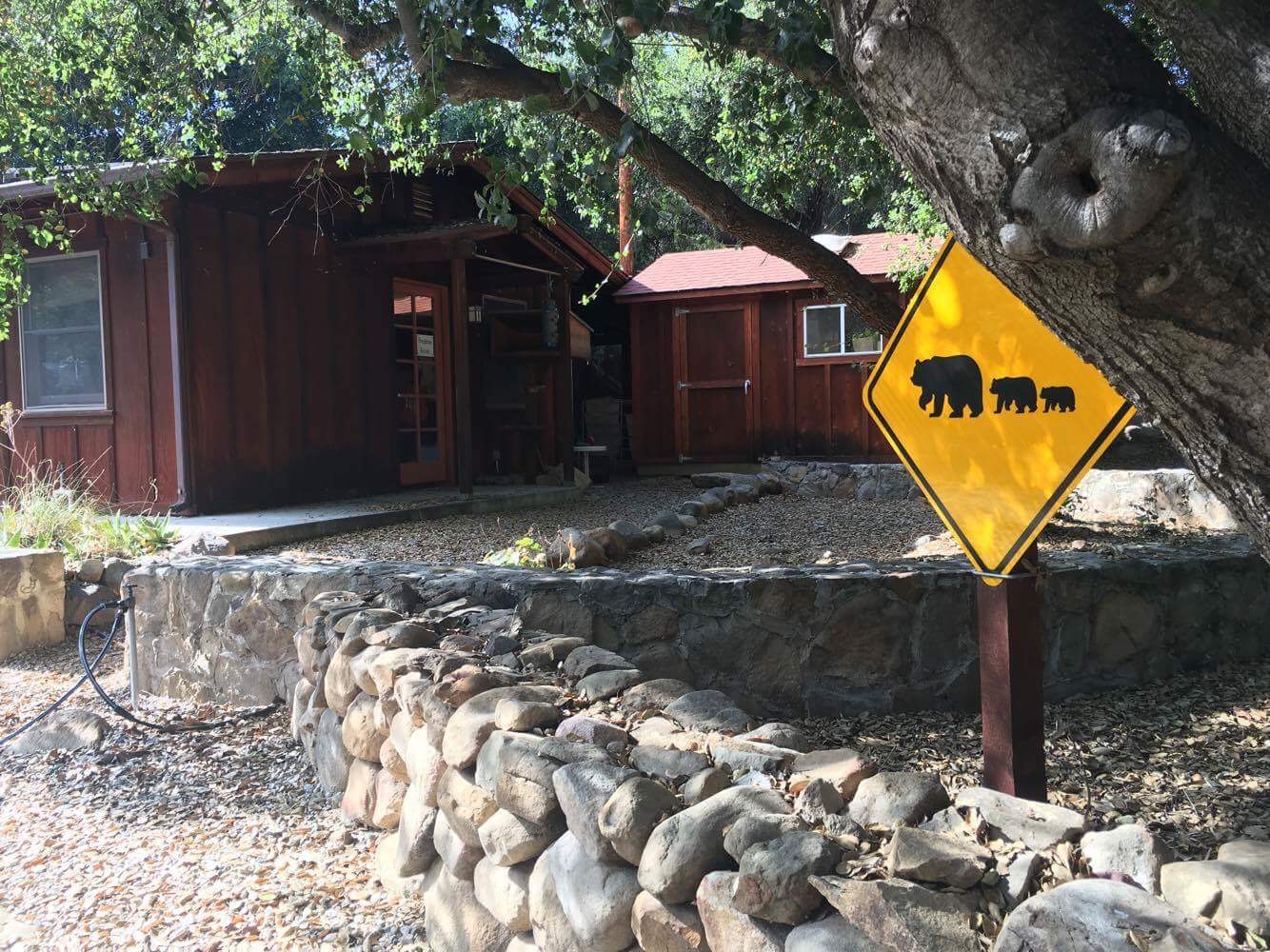 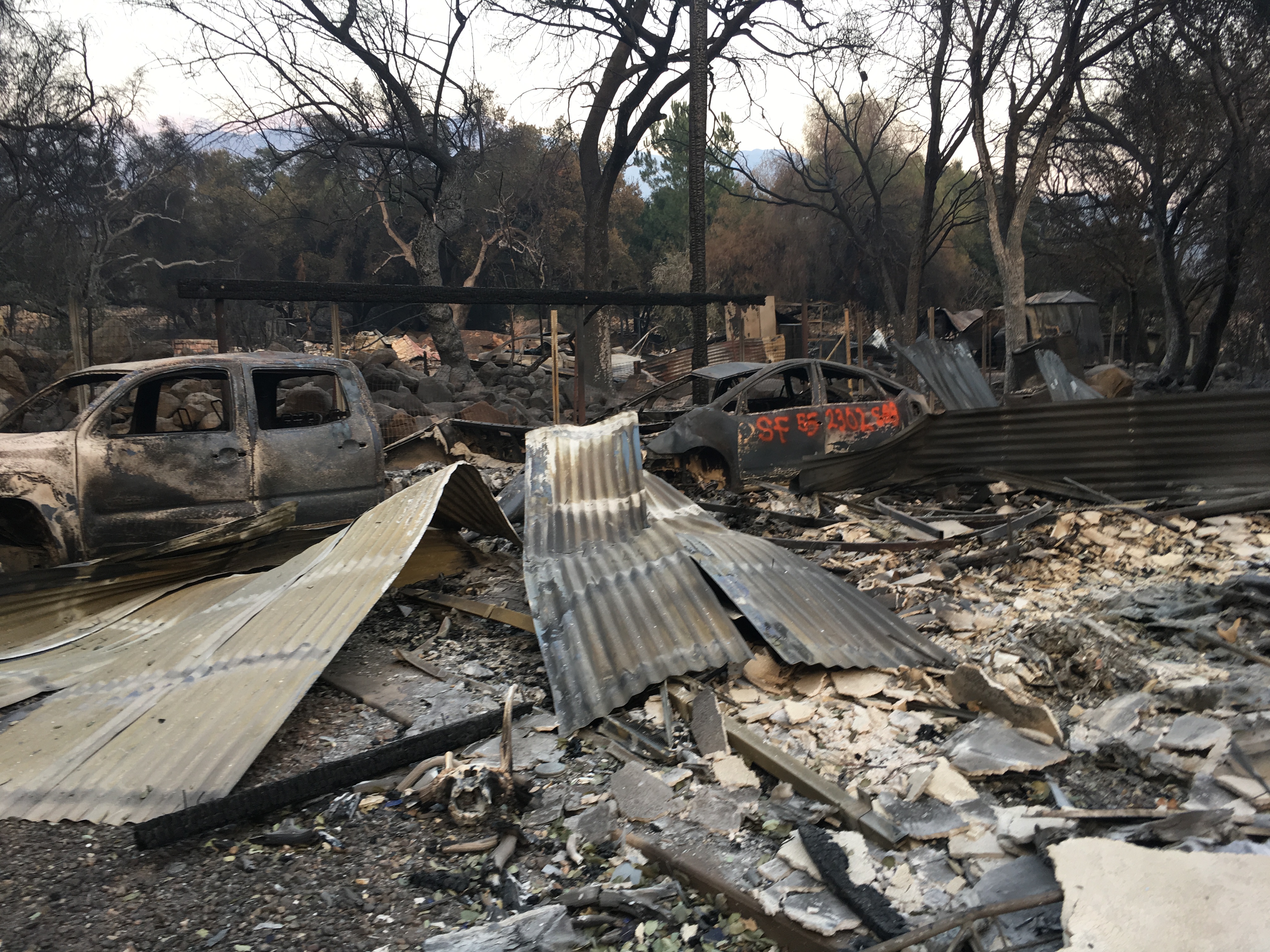 In the beginning of December, my husband and I took off for two weeks in Chile. I was thrashed. The past three years have been a blur of traveling and production and promotion of a project very dear to me – my documentary The Shopkeeper. And I was wrangling with where all that work left me.

The place we were traveling first was Valle Chacabuco in Parque Patagonia, the stunning park created by Kris and Doug Tompkins as part of their master plan of buying and preserving millions of acres in Chile, to be turned over to the Chilean people for posterity. 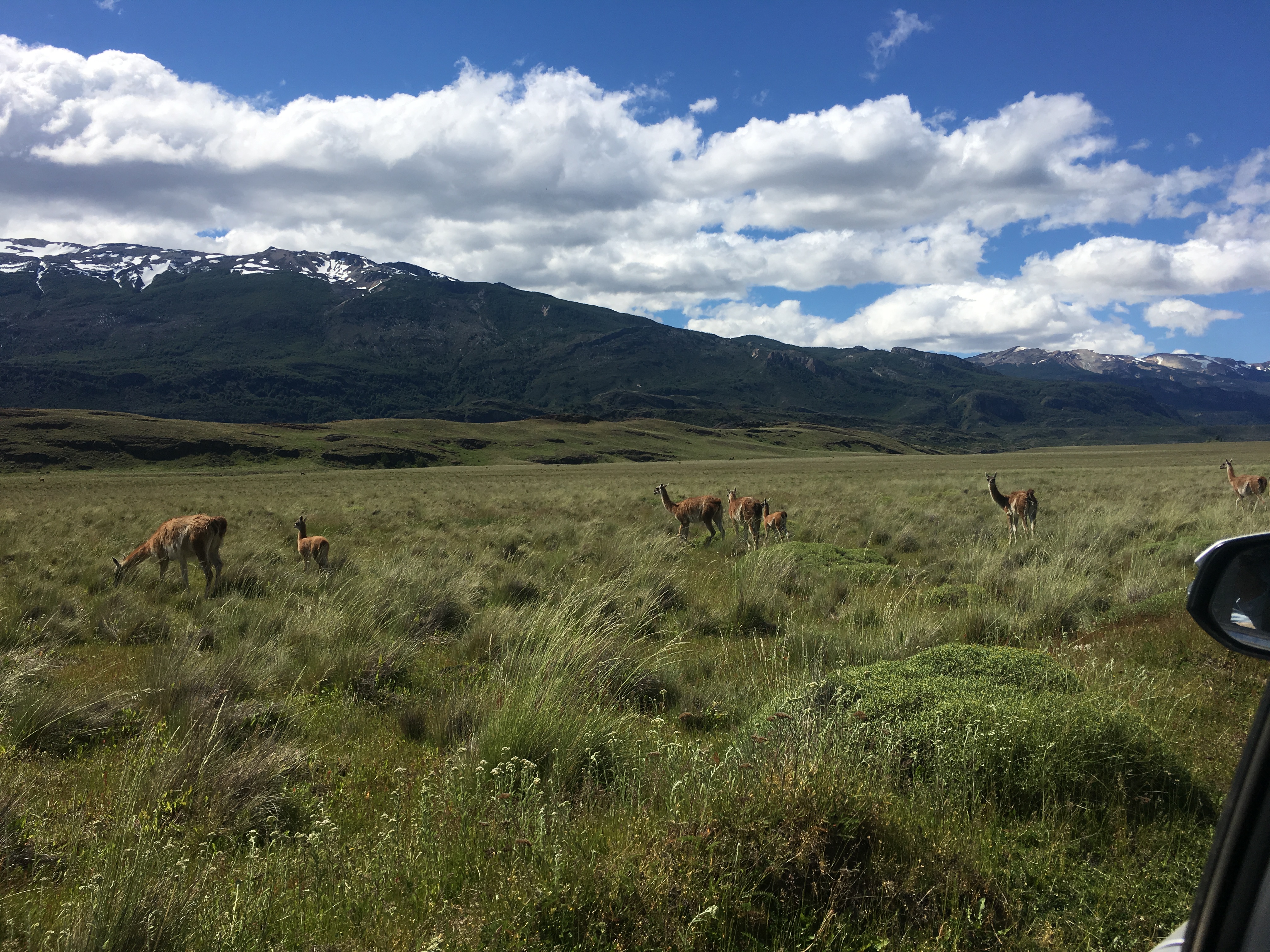 To get to this remote place, you fly to Santiago and then you take two more planes to get to Balmaceda and then from there you drive eight hours on dirt roads to the lodge. We arrived in time for dinner and – you couldn't plan this if you tried – a perfect view of the Super Moon from the deck.

There's no cell service – just Wi-Fi - and you can only get online in one little lounge. So I was forced to disconnect from all media.

The next morning, our first full day without traveling, My hubby and his friend Roger took a long hike and I took the day to read and stare at the mountains and not decide anything about anything. It was the first time I had really sat still in a long time.

We stayed up that night pretty late talking to some folks from Alabama who had found their way there - very interesting conversation about life and politics – and around midnight we went to bed. (They turn off the generators every night out there between midnight and 6 AM to conserve energy so you kind of have to.)
At 11:58 PM, just as I was leaving the room with the Wifi, I got a text message from my daughter that there was a fire not far from her house in Santa Paula. And then the power went out.

In the remote area where I live in the mountains near Ojai, brushfires are just part of the deal. We’ve evacuated many times. Our barn burned down in 1999. It's just something you know to be prepared for. So you have a plan for the people and the animals and you try to grab what you can and not worry about it too much.
So I tried to sleep, which wasn't that successful. At six in the morning the light came on beside the bed and I ran into the room with the Wi-Fi. A million voicemails and text messages flooded in. As you probably know, the fire blew through incredibly quickly, but you might not know that there were actually two fires that night that merged. After the Thomas Fire started about seven miles down the hill, the Koenigstein Fire sparked from a blown transformer, just up the ridge from my house, and quickly they joined into one multi-tentacled beast.
I didn’t know all that then. I was trying to make sense of and respond to everything, and I ran to wake up my husband. Just then our friend Tim, who’s a Commander in the Sheriff’s Department, saw that I was online and called me: “Where are you?!?” “We’re in fucking Chile!” I responded. Then he went into Calm Cop Voice and explained that the office/studio was gone, the house was currently standing. It was breakfast time in Chile but 1:00 am at home - at that point the fire was still burning through my neighborhood.

Shot at my house the night of the fire

Then the calls to the kids, and the friend who was housesitting - were she and her son okay? Did she get the pets out? (Yes, thank God.) - and it took us about 5 minutes to absorb that we had to come home. So, fully adrenalized, we set out back the way we came, making phone calls whenever we got a cell to talk to one evacuated daughter and one daughter trying to cope from faraway in Boston - and make arrangements for the pets, the property, and the trip home. Friends stepped in in the most humblingly helpful ways to fill the gaps. We finally made it back two days later.
At home, it was almost a week without power, with neighbors trickling back, learning which of our friends lost houses (many), and beginning the long process of cleaning up and recovering. There have been a lot of gatherings since then, made even more poignant during the Holidays; one long community conversation about insurance and county regulations and sifters and how the silver lining of all this is that it’s really good to see and talk to each other this much - more than we have in years.
So now it’s January 9th, and I feel different. Yes, all my files and instruments and memorabilia and the little tchotchkes that one keeps all around one’s space burned up. As a musician, my work exists in recordings, most of which were on some Cloud somewhere, so they’re not gone. Some older stuff, never uploaded anywhere, is, and that makes me very sad.
The family’s memory boxes - all the drawings and little certificates and notes to Santa - gone. My hubby lost all his camping gear - which is replaceable - and all his lifetime of camping journals, which are not. But how much of who we are is dependent on the physical things that represent us? I’m feeling: not as much as I thought. And I am acutely aware that I’m having these thoughts while sitting in my house, a luxury that dozens of my close friends don’t have right now.
The song that keeps running through my head is the Allman Brothers’  “Ain’t Wasting Time No More.” I just have this strong feeling that so much of what I worried about and planned to do - it’s not important. I tried hard to make myself embrace a social media strategy, for example. And now: I just don’t care. I’m 51 years old and it’s way more important to write the songs and stories I need to write (and I have some brewing, I’ll tell ya). The music business is dead anyway - I proved it! - so I might as well make the art I want to make and let the chips fall where they will. 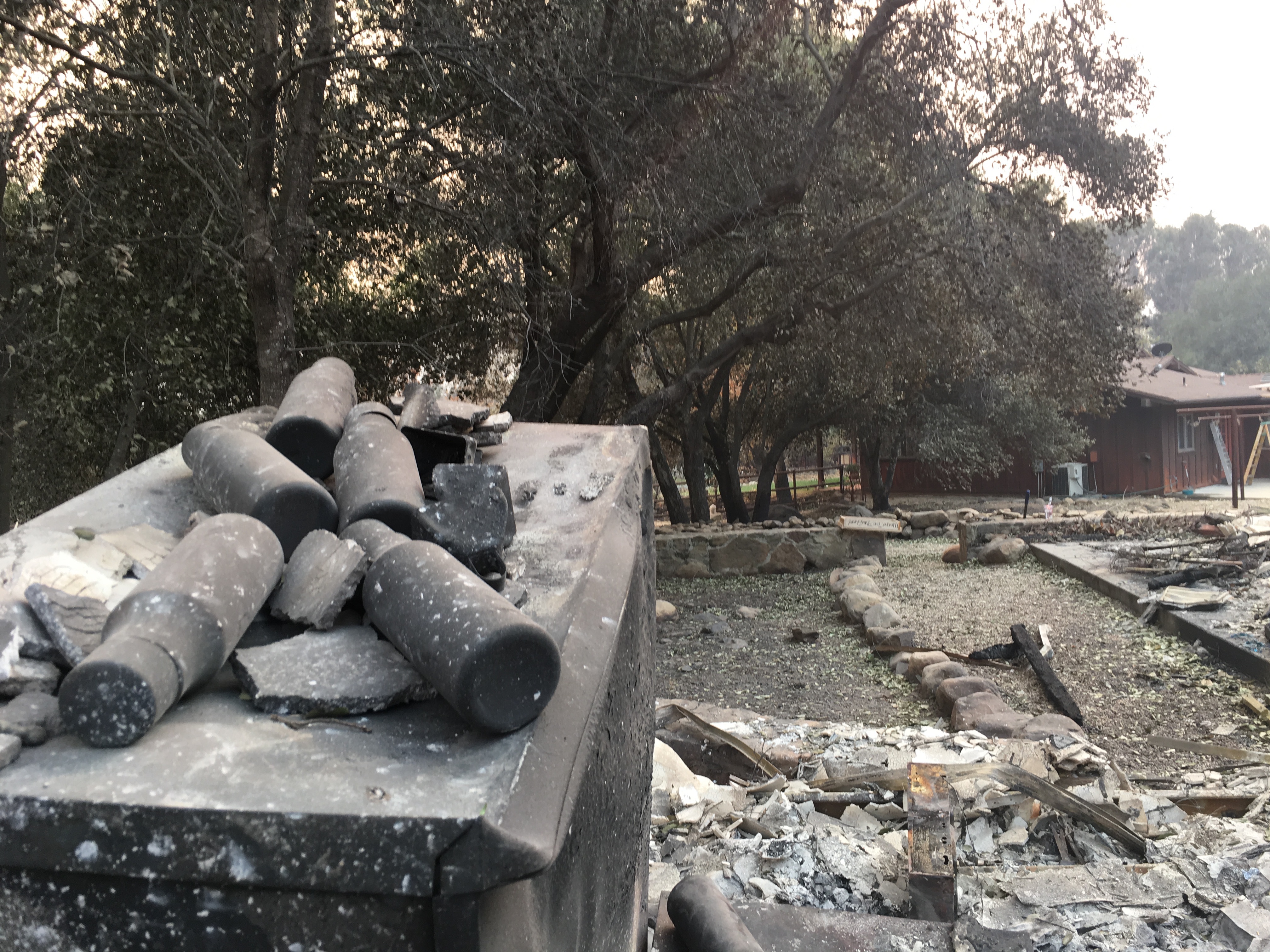 So. Thanks for taking the time to come to this website and caring to read this whole thing. Hug your people, let go of the trivial bullshit, and make your art.
Xo,
Rain 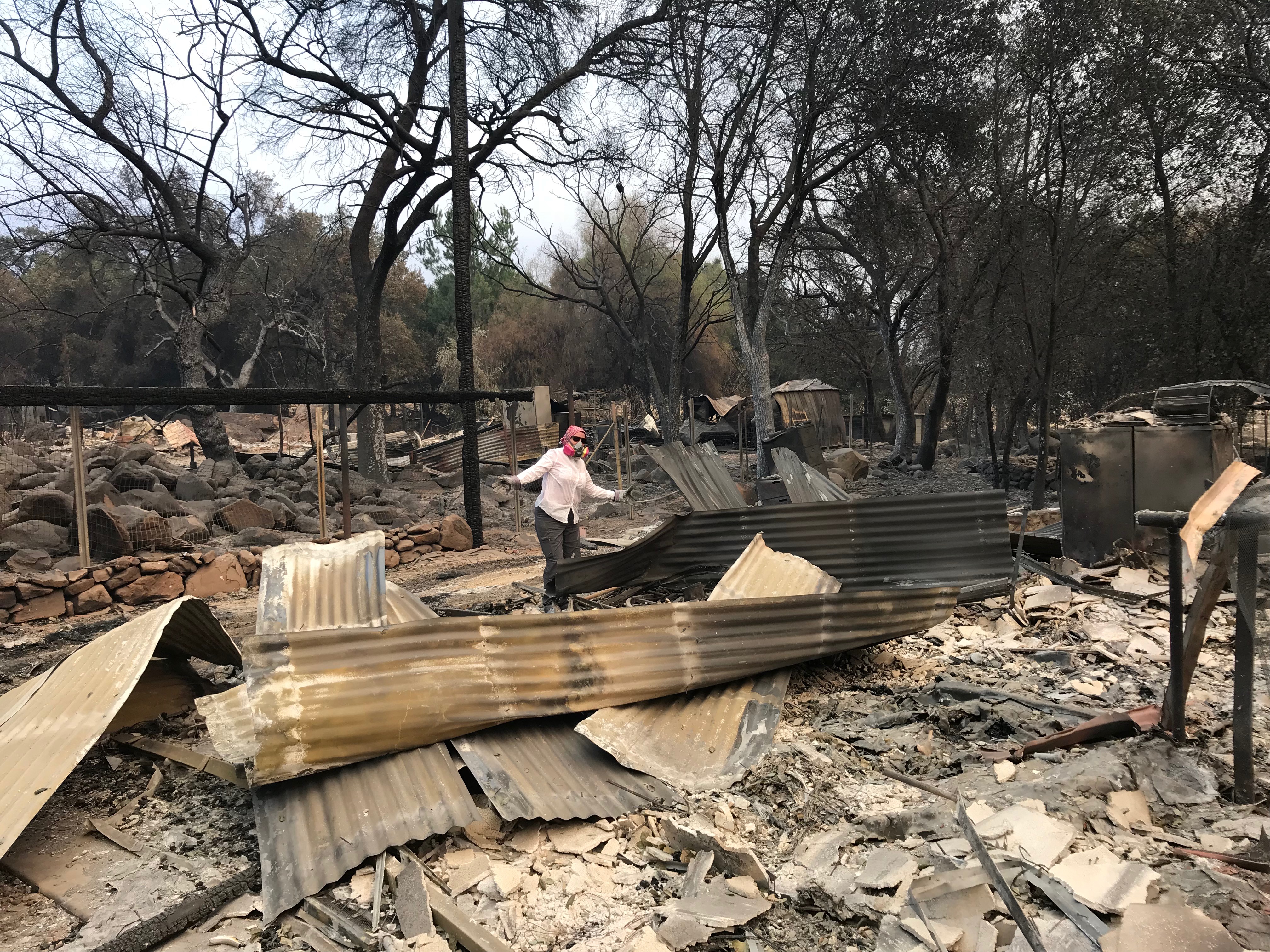 P.S. On that note - I’ve got a hankering to start teaching again. Got something to say but need some help saying it? Let’s discuss.
Do you like this post?
Tweet