Aglio E Olio - the rock and roll masterpiece of pastas 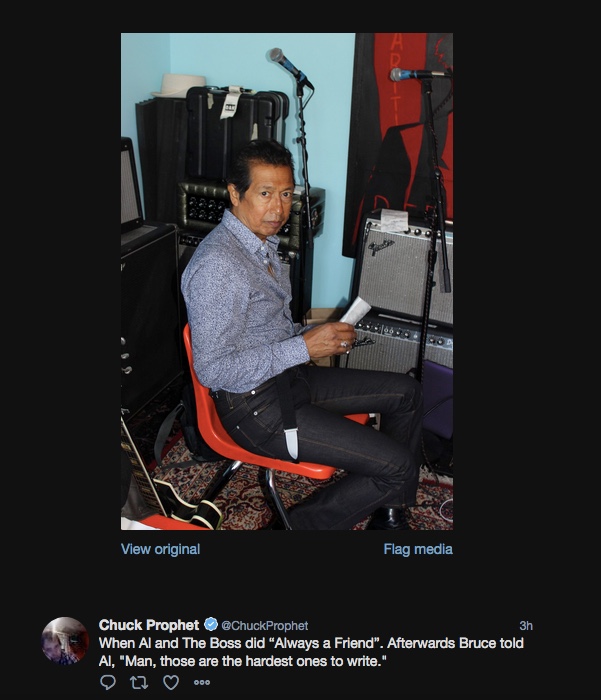 First of all, if Bruce Springsteen sang one of my songs, I would pretty much lose it. I read once that when the guys from Los Lobos got the master of Elvis Costello singing "A Matter of Time," they "just fell over. We couldn't work the rest of the day."

I was already planning to post this recipe this week, but now I have a perfect metaphor. Chuck Prophet & Alejandro Escovedo's song "Always a Friend" is like Spaghetti Aglio e Olio. A simple lyric, expertly crafted, is exquisite, just like a simple recipe made with the highest quality ingredients.

I can appreciate a fancy meal as much as anyone, but what's fundamentally satisfying is a BLT made with a perfect tomato and good bread and mayo. It's the culinary version of "(Reach Out) I'll Be There" or "Not Fade Away" or "Brass in Pocket."

You can find a recipe for spaghetti with garlic and oil in every Italian cookbook. It's basically a bunch of garlic, cooked - not too much - in good olive oil, and then tossed with spaghetti al dente, some of its cooking water and some salt. Maybe Parmesan, but it doesn't need it.

Seems like it would be boring, right? NO. Is "I wanna tell you how it's gonna be / you're gonna give your love to me" boring? Hardly: it's packed with desire and confidence and hope, with just a hint of self-doubt, all in fifteen little words.

So about the spaghetti:

You probably have a cookbook with this recipe. I won't give you another version. Instead, I want to send along a treatise on technique, with the cutest video with chef Frank Prisinzano, whose philosophy can be summed up so:

When asked for the detailed recipe behind his signature spaghetti with garlic and oil, chef Frank Prisinzano quips, "Method! There is no recipe!"

Here you go, and make sure to watch the video. And while you're doing it, crank Buddy or Bruuuuuce, Al Green or Lucinda, Alejandro or Chuck. You'll see what I mean. 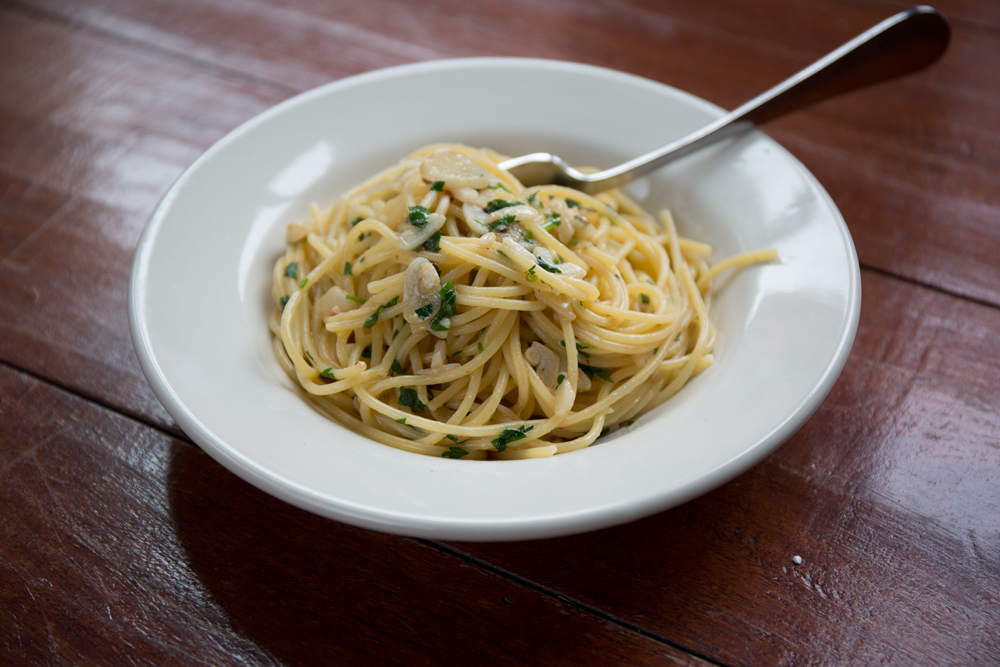